History of the Department

Founders of the Department of Black Studies

In the fall of 1968, black students from UCSB joined with the national civil rights movement to end racial segregation and the systematic exclusion of African American studies from the curriculum of major universities. 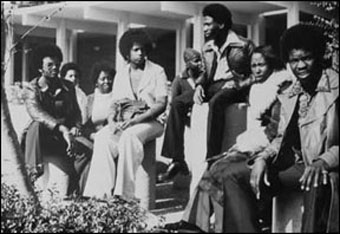 Triggered by what they perceived to reflect the insensitivity of the administration, and driven by a vision, they occupied North Hall and presented the administration with a set of demands that would change this campus. As declared by Preston Dent, the former Vice Chancellor for Minority Affairs, in the GAUCHO, October 2, 1969:

"The black students were outstanding in conceptualizing the idea of the department....These students, certainly Bob Mason, Rashidid (James Johnson), Tom Crenshaw, Cynthia George, Shelly Brazier, Andrew Jackson, Maurice Rainey, Booker Banks, as well as others (Dalton Nezy, Mike Harris), are the ones who put their academic careers on the block just to get the idea sparked." 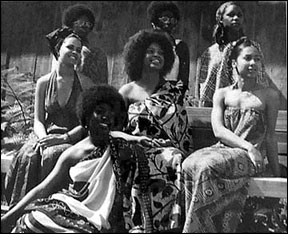 Their demands were accepted and thus started the Department of Black Studies. Along with the creation of a department, the students had also demanded that a Center for Black Studies be created to monitor, coordinate, support, and encourage research in the community. The Department of Black Studies, which now includes nine ladder rank faculty, and four lecturers, has recently been ranked ninth in the nation. It assumes a matrix model, bringing together scholars from an array of disciplines concerned with the Black Diaspora (the United States and Caribbean), as well as Africa. The Department enrolls four thousand students each year and offers for its undergraduate majors an honors program that provides year long engagement with original research. To achieve even greater impact, a doctoral program is envisioned.