Claudine Michel holds a B.A in Education from École Normale Supérieure, Faculté d'État d'Haiti and a degree in Early Childhood Education from the École Normale de Jardinières d'Enfants (ENJE). She also studied Ethnology at the Faculté d'Ethnologie in Port-au-Prince and earned an M.A. and a Ph.D. in International Education from the University of California, Santa Barbara. In Haiti, she taught kindergarten and secondary school and served as an adjunct faculty at the ENJE in the early 80s. At the same time, she produced two television series, Dodo Titit and Pawol Ti Moun, totaling over 150 hours of children's educational programs for La Télévision Nationale d' Haiti. Dr. Michel is currently Professor in the Department of Black Studies at the University of California, Santa Barbara and served as Director of the Center for Black Studies Research from 1996-2002 and again from 2005-2009. She formerly served as Chair of the Department of Black Studies, Acting Chair of the Department of Chicana/o Studies and Assistant Dean, Undergraduate Academic Affairs, College of Letters and Science. Her research has appeared in many scholarly journals and academic venues. She is the author of Aspects Moraux et Educatifs du Vodou Haitien and a forthcoming book, Offerings: Continuity and Transformation in Haitian Vodou. She co-authored Etude Comparative des Théories du Développement de l'Enfant and co-edited a number of volumes, including Black Studies: Current Issues, Enduring Questions; The Black Studies Reader; Haitian Vodou: Spirit, Myth and Reality; Vodou in Haitian Life and Culture: Invisible Powers; and Brassage: An Anthology of Haitian Poetry. Also forthcoming are an anthology on Haitian American author Edwidge Danticat, Crossing Waters and Re-Membering and two co-edited volumes, God in Every Woman: Gender, Power and Politics in Haitian Vodou and Doktè Gede, Struggles of Life and Death in Haiti. She is editor of the only peer-reviewed journal on Haiti, The Journal of Haitian Studies http://research.ucsb.edu/cbs/publications/johspublished by the UCSB Center for Black Studies Research for the Haitian Studies Association. She also serves on their board of directors. Dr. Michel is founding member of KOSANBA, A Scholarly Association for the Studies of Haitian Vodou and Culture http://research.ucsb.edu/cbs/projects/haiti/kosanba/ and a founding editor for KALFOU, A Journal of Comparative Ethnic and Relational Studies http://research.ucsb.edu/cbs/publications/kalfou/ both housed at the UCSB Center for Black Studies Research. She is the Executive Director of the new UC Haiti initiative developed by the ten UC campuses in response to the January 12. 2010 earthquake http://www.uchaiti.org/ 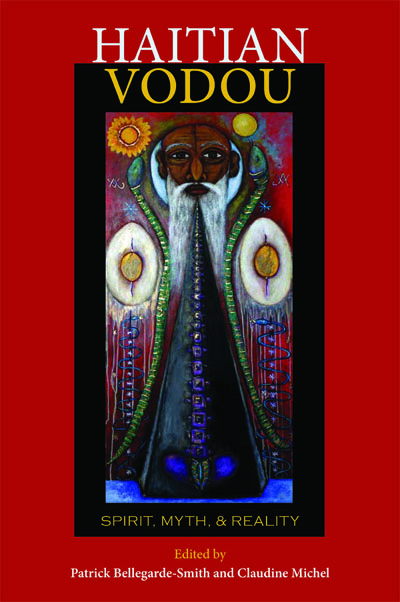 My training in International Education has grounded my research with children and families of the Black Atlantic in a variety of contexts worldwide, including research conducted in the Caribbean, Africa and the United States during the past two decades. Over the past fifteen years, the thrust of my work has been to find ways of redressing misconceptions about Haiti, its history, its people and offering new bodies of knowledge on Haiti through scholarship and community involvement. More specifically, my current research crosses traditional boundaries in Education, Black Studies, Gender Studies and Religious Studies and generates new forms of knowledge about Haitian families, women and children, the school system and the democratic values inherent in the Haitian religion. My work on religion addresses core family values and reconceptualizes alternative modes of knowledge production as well as new models of pedagogical and curricular interventions. Other research interests include: gender and race in education, multicultural education, a critique of “Disney culture” and the production of educational material geared towards Haitian children in a transnational context.